While the opioid crisis has many preoccupied, alcoholism has been steadfastly killing thousands of Americans each year for centuries. Alcohol poisoning, alcohol-related car accidents, and the medical problems from long-term alcohol use continue to be a constant health concern. Alcoholism is a chronic disease, that is treatable. People can and do recover with alcoholism treatment in Florida.

Alcoholism or alcohol addiction is a term used to refer to chemical dependency on alcohol. It’s a problem that has been around since alcohol has existed in the world. It’s one the most heavily used addictive substances. Studies show that more than half of all Americans consume alcohol. While not everyone who drinks becomes addicted, the fact that it’s so common contributes to high numbers of people with alcohol abuse problems.

Alcoholism is a chronic disease that affects the pleasure center of your brain. It occurs after a period of heavy drinking when a person becomes physically or psychologically dependent. Some can use and even abuse alcohol for a period of time without developing dependence. 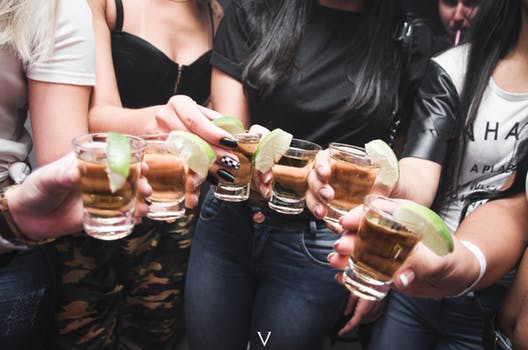 It’s commonplace to hear people say " alcohol is a safe recreational drug to consume because it is legal and other drugs aren’t". The truth is that drinking in excess has its own share of risks. It can also have other effects on your physical health. Alcohol abuse has been linked to many health issues including cancer, heart disease, stroke, cirrhosis, dementia, depression, and more.

Binge drinking has become a standard practice on college campuses and it’s seen as a fairly common occurrence for teens and young adults. However, research has shown that prolonged use of extreme amounts of alcohol can significantly slow or stop a process of brain development called elimination. In this process, nerve cells are surrounded by a fatty white substance called myelin. This substance helps surge the speed of brain functioning. Stopping the growth of myelin with alcohol can forever affect cognition and lead to slower thinking and mental functions.

Alcohol withdrawal symptoms are risky.  Central nervous system depressants like alcohol, Benzodiazepines, and barbiturates can cause seizures when people are undertaking withdrawal. Seizures aren’t typically fatal, but they can cause injuries, accidents, and medical complications. Alcohol and other sedatives can cause delirium tremens (DT). Occurrences of DT can cause hallucinations, hypertension, confusion, nightmares, and increased heart rate. Delirium tremens can result in death if not treated medically.

Alcohol abuse is as dangerous as the addiction of some prescription and illegal drugs. Even though it’s legal and highly accessible, it should be taken seriously as an addictive substance.

The long-term medical consequences of alcohol addiction may include:

Common signs of alcohol abuse include:

There are many types of alcohol treatment programs available. These include:

Medical Detox – During the detox stage, the body must rid itself of alcohol and other toxins through a medically-supervised program. This program addresses the dangers and symptoms of withdrawal associated with detox.

Partial Hospitalization Program – This program is intensive addiction treatment, where clients reside in off-site housing that is monitored by recovery staff.

Intensive Outpatient Treatment – This level of care is for patients who want the flexibility of outpatient care but must continue to undergo all-day treatment during the week.